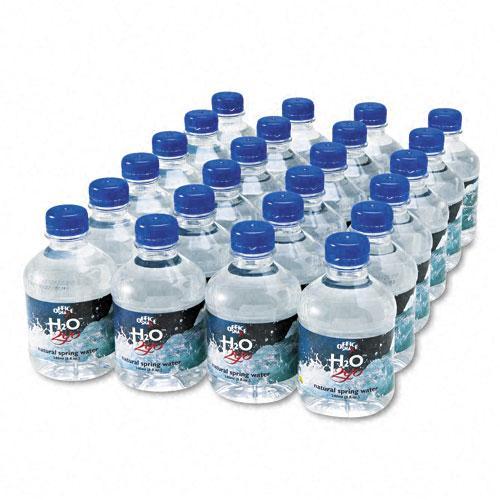 You’ve probably never noticed it before, but your bottled water has an expiration date. But what does that mean, exactly? Does water go bad over time?

Water doesn’t contain sugars or proteins, so microbes don’t consume and rot it, Discovery’s DNews explains in a new video.

Long story short, no water does not expire.

But the chemistry of the water can change. When water is exposed to air, it absorbs CO2. A small portion of that (a little more than 0.1 percent) is converted into carbonic acid.

Some of the carbonic acid will form bicarbonate and carbonate, lowering the pH of the water. As a result, the water will become slightly acidic, which explains why the water you leave out on your nightstand can taste different in the morning.

However, this doesn’t make your water unsafe for drinking. What can make it a problem is exposure to bacteria? When you leave a glass of water out for hours (like most of us do overnight), there’s a chance bacteria can invade it.

Most tap and bottled water have chlorine additives that keep bacteria from multiplying for a day or two, so it’s not something you should worry about. After that, though, bacteria can proliferate.

Household dust can also change the taste of your water, so it’s probably a good idea to dump out a glass that’s been sitting out for a few hours and pour yourself a new one.

But does a closed bottle of water actually go bad? According to DNews, it can be stored “indefinitely” if it’s stored properly. The Centers for Disease Control says commercially bottled water is the safest for storage, but it should be stored out of direct sunlight since some plastics release the hormone disruptor bisphenol A (BPA) when they’re heated.

The plastic in bottles is also permeable, so water shouldn’t be stored near pesticides and gasoline.

Otherwise, you don’t have to stress about the expiration date on your bottle. It’s a holdover from an old law that has since been repealed due to a lack of scientific evidence.

Can you drink expired water?

As we talked about before, water doesn’t really “expire> Water can develop a stale taste over time, which is caused by carbon dioxide in the air mixing with the water and making it slightly more acidic. Though it may have an off taste, the water is still generally considered safe to drink.

If you are worried, you can always boil the water. Boiling is a reliable way to purify water.